After being awarded 100 times, Canada’s grand old trophy has plenty of names inscribed. This infographic poster presents all the names on the Grey Cup trophy once the 2012 champion Toronto Argonauts are inscribed. With the 2013 presentation, the trophy may be in a different configuration with some years removed, so this seems like a perfect time to record the first 100 years of champion names.

The poster is very large, able to be printed and hung on a wall, though you may want to scale it down to your satisfaction.

Thanks again to our awesome anonymous graphics designer who took the seed of an idea and produced this amazing work.

If any errors are found or reported, the poster will be corrected and updated here.

The PNG image file is very large (8.3 MB). You can also download a much smaller PDF version instead. 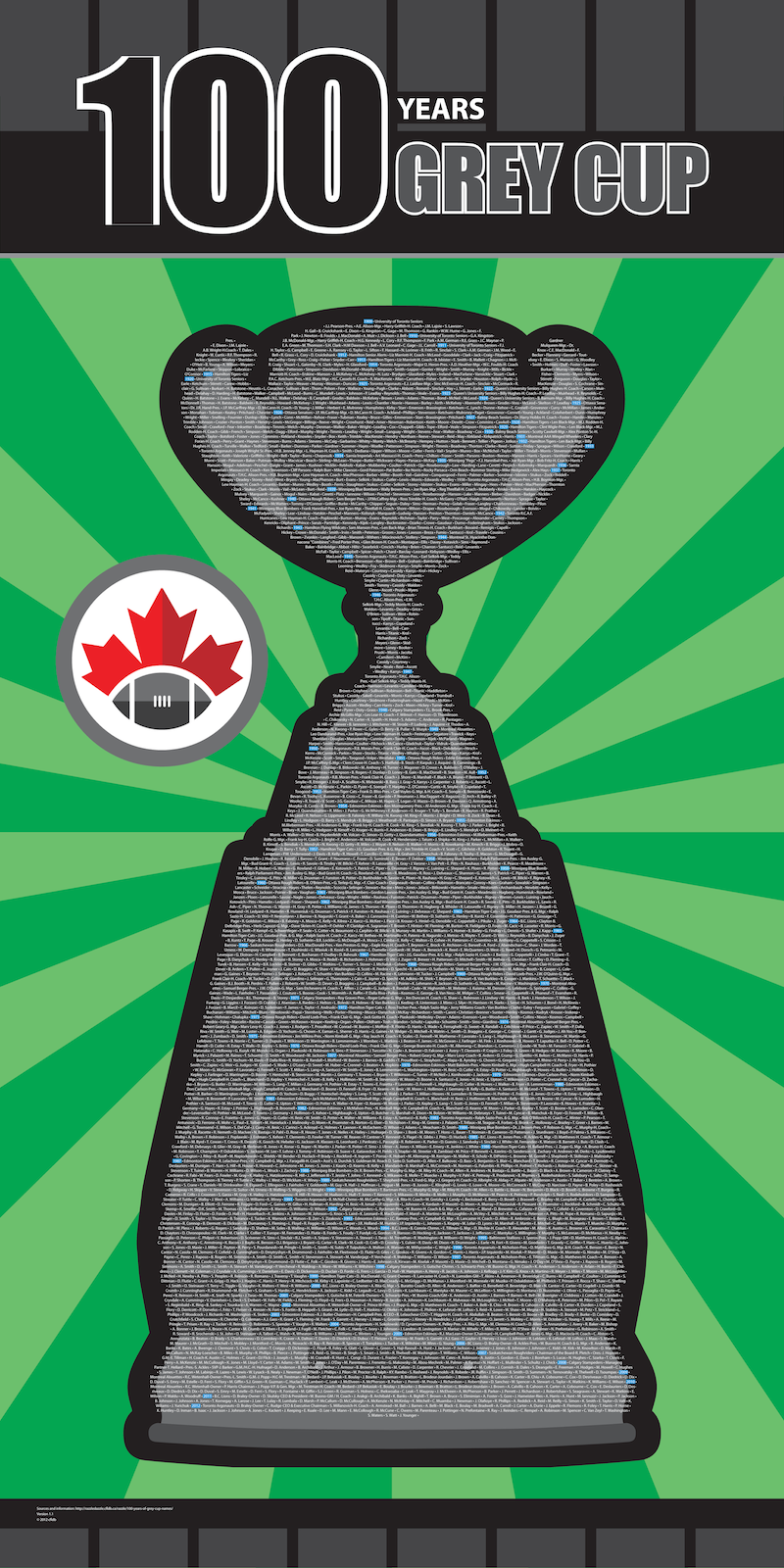