My first infographic attempt, and obvious rip-off of Craig Robinson’s MLB Stadium infographic, is simple in its execution and information. I think it stands alone, requiring no explanation.

Note: I started on this when it appeared Investors Group Field would be the only stadium in use in Winnipeg in 2012. I’m too lazy to update it with Canad Inns Stadium. I’ve also included Olympic Stadium and Frank Clair Stadium to make an even ten stadiums (much easier working out percentages), even though they are not current full-time CFL stadiums.

Common knowledge, Wikipedia and our sister site (and their original sources) stats.cfldb were used to compile the data used in this infographic. 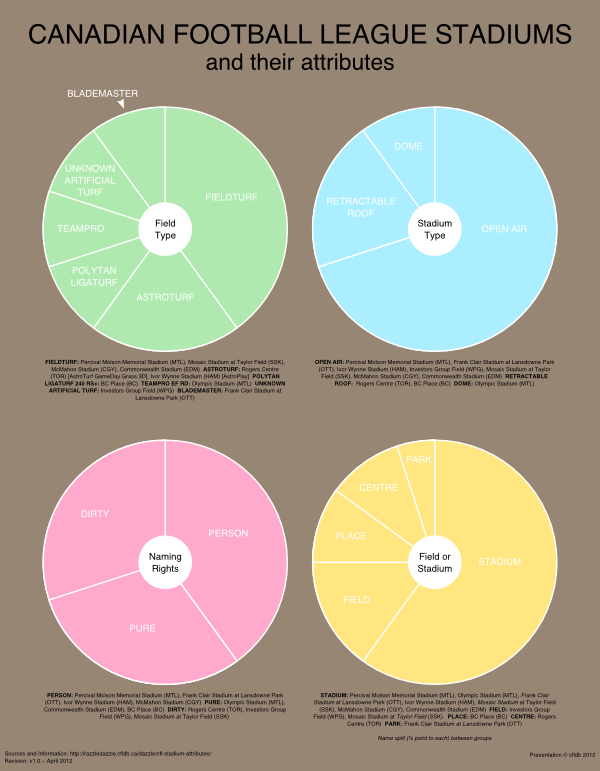